Video footage captured a golf cart tailgating another vehicle attempting to enter the Deer Creek Village entrance and striking the gate. The resident was contacted and cited for operating a golf cart in a cart-free zone. The gate arm was reattached and appeared to be fully operational.

A resident’s vehicle collided with a curb, which caused two flat tires. AAA was contacted and responded. Prior to AAA’s arrival, TLA Security responded and provided transportation for the driver to their residence.

A resident reported finding a white dog, resembling the Husky breed, roaming at large. TLA Security responded and was able to read the animal’s microchip. However, the owner had neglected to properly register the chip. The resident kept the dog and was able to identify and reunite the dog and its human caregiver (owner). 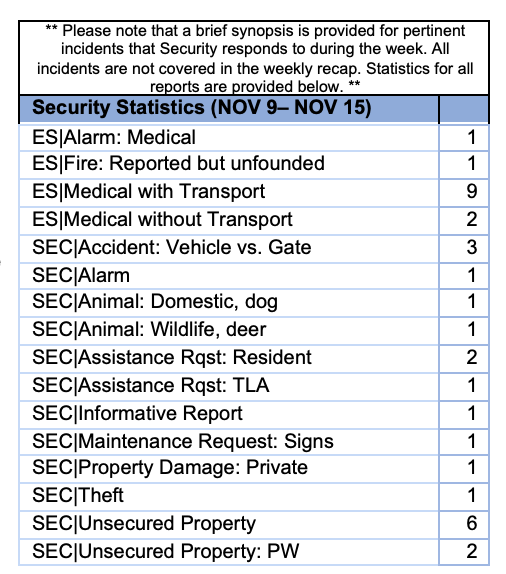