50th Anniversary Golden Nugget of the Week: Did Arnie's Golden Touch Rub Off?

Life on the frontier had its challenges for early Landings residents, but the kids who grew up here had their own unique experiences. One of them came for young Doug Giorgio, who at the age of nine got to meet the legendary Arnold Palmer. “The King’s” career spanned more than six decades, during which he won 62 PGA Tour titles, seven major titles (four at the Masters and three at the US Open), and was one of the 13 original inductees into the World Golf Hall of Fame.

But it was in 1976 that his career reached its zenith. He made a shot from the second level of the Eiffel Tower that flew all the way to the Champs de Mars Square, and he officially opened the Marshwood course he and golf architect Frank Duane had designed. It was at that latter event that Palmer encountered a young Doug Giorgio and imparted his “Golden Touch” on Doug’s shoulder.

Doug, his wife Stephanie, and their two children, Madge and Grantland, live in The Landings. 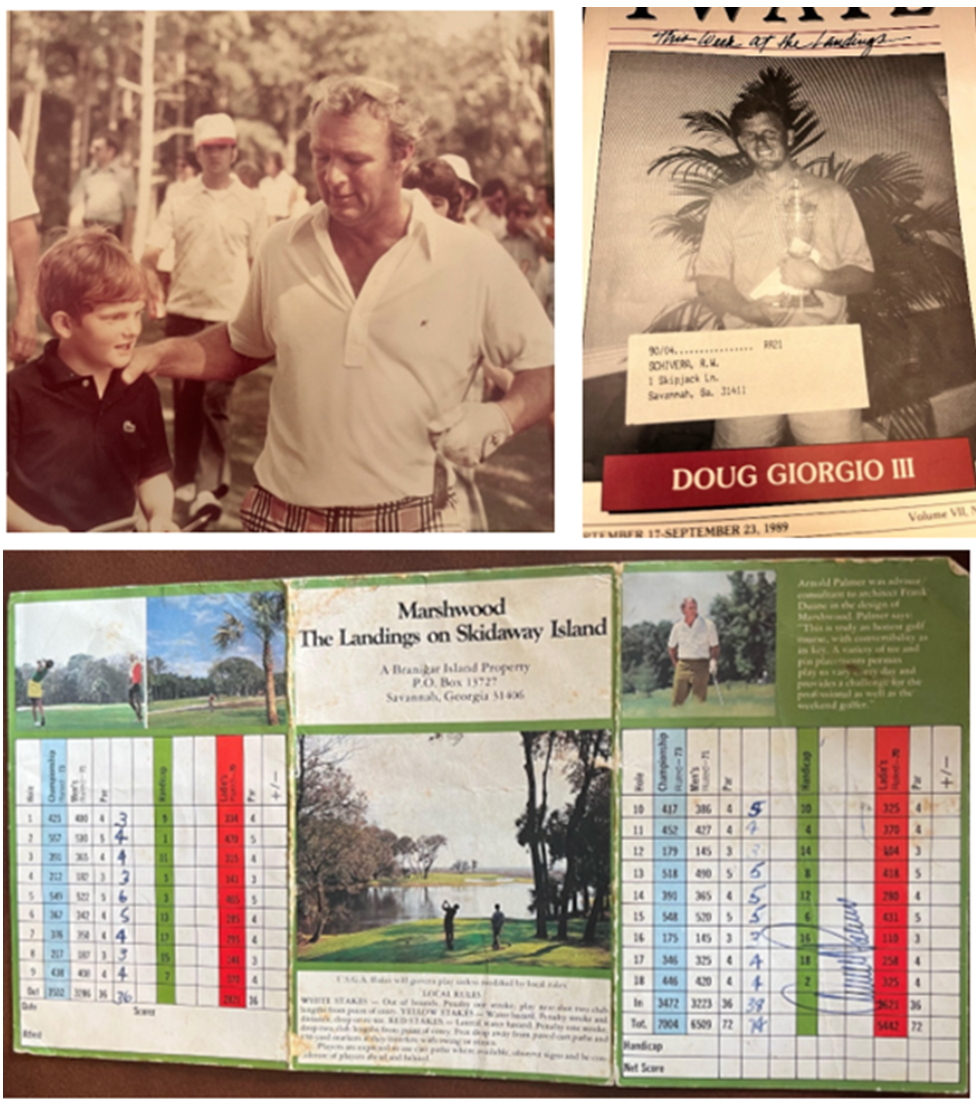 Clockwise above is young Doug with Arnold Palmer in 1976; Doug as Landings Club Champion in 1989;
and Arnie’s signed scorecard from the Marshwood Grand Opening event. (He scored a 74.)