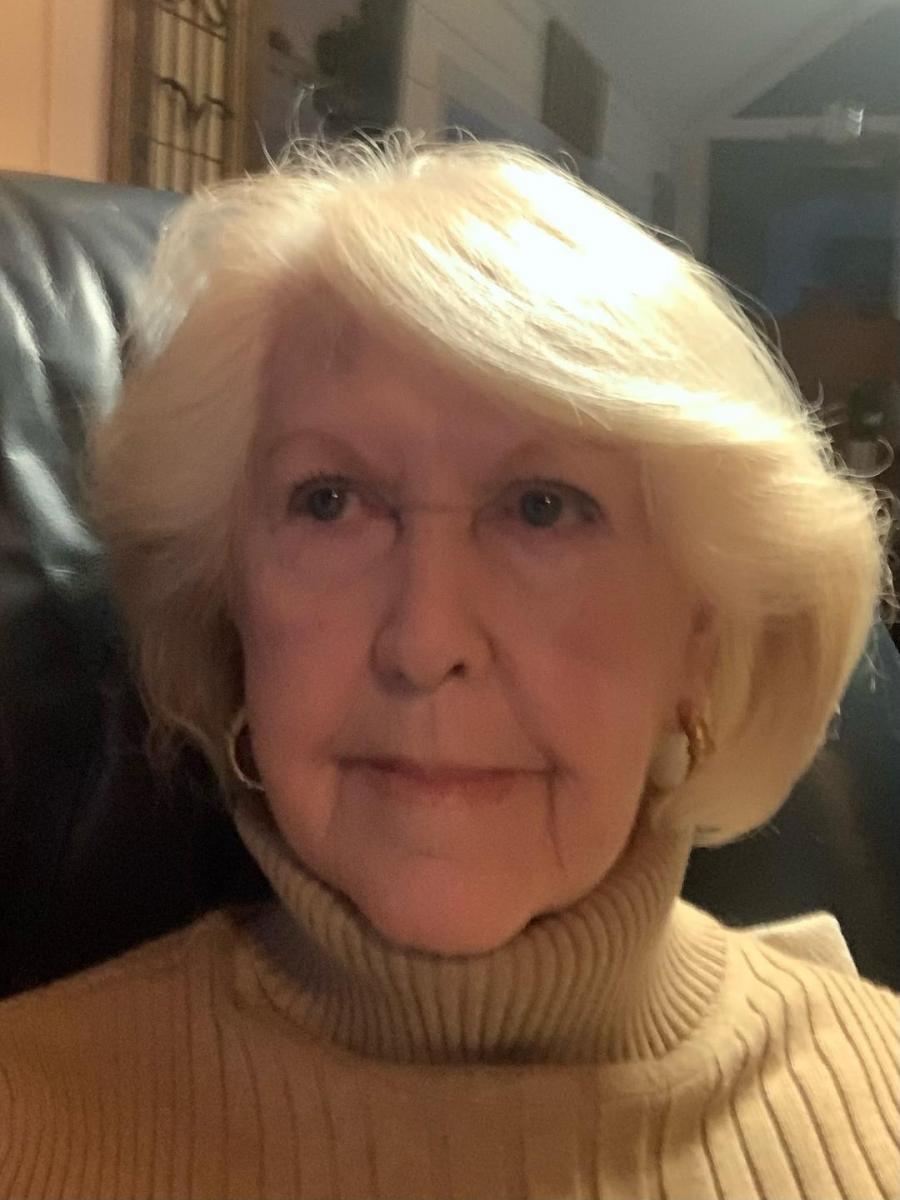 As I continue my interviews for The Landings’ 50th anniversary celebration year, Gayle Crawford (pictured at left) stepped forward and said, “I have some stories!”

Gayle and her husband Ron built their house in 1973 and moved in on New Year’s Day in 1974. She told me it was the sixth house in the Landings, at 3 Captain Dunbar Lane (one of the many captains who “reside” in Marshwood). They were on Burnside Island and would take their bikes or Jeep over the bridge. There were still logging trails evident. Her house backed up to the big long lagoon (one of the longest on the island). When they bought the lot, the lagoon was only three feet wide – it was just beginning to be dug. Their house was very isolated; they couldn’t see any houses across from or next to them. It was very dark at night, and one night there were loud, wild cat noises. They had a balcony off the master bedroom. Her husband went out and yelled, “Shut up!!” Of course, the cat didn’t. She said Bob Duffy was the first president of TLA, and her husband was Treasurer. Some fun at the Marshwood Clubhouse were fish fries and bingo. One time, Bob and his wife were coming down the cart path behind the Crawford’s house. Bob’s wife saw a water lily in the lagoon and really wanted it. Bob leaned down to reach it, and all of a sudden, an alligator came running out of the woods to jump in the lagoon.  Now, you don’t expect to see a gator BEHIND you!

Gayle talked about the concern with the real estate crunch in1974, when nobody was building. Her husband said, “Well, they’re not going to blow up the bridge.” He felt they would be fine, and things would recover. She tells the story of seeing two deer on the other side of the lagoon. At that time, deer were puzzled by seeing people on the island (they apparently got over that). The deer started swimming across, and all of a sudden, the doe went straight up in the air into the jaws of a giant alligator! I said “ick!” when she told me that, but we both agreed that’s nature. Gayle believes Branigar did everything they had promised and more in terms of development.

They used to bike to the Harbor and sit on the rocking chairs on the porch and have a drink. One night, she reported that some men drove up, all dressed in black and some with diving suits and flippers, with machine guns. They jumped into a boat and took off!  She and her husband just stared at each other. Come to find out that Jimmy Carter was going to be visiting Ossabaw, and the men were Secret Service checking things out ahead of time. Imagine having seen that!

They lived in The Landings for 13 years, and her boys grew up here. In 1987, they bought what had been Johnny Mercer’s house on Moon River and lived there for nine years. One day, there was a white sedan and station wagon in her driveway. She went out to see what was going on. It was Hugh Mercer (Johnny’s brother). He had just picked up Ginger (Johnny’s wife) from the airport, and she said she wanted to just look at the house one more time.

Gayle and her husband retired to the mountains and then came back and lived on Sky Sail Circle for four years.

These were certainly stories I’ve not heard from anyone else.  Thanks, Gayle, for entertaining us!

For more interesting information about The Landings' 50-year history and its people, please visit www.landings.org/50th