On Wednesday, May 12, Security responded to a report of a lawncare employee who had been bitten by a dog while working at a residence on Long Island Road. The man stated that the dog stayed on the property behind an electric fence of the property at which he was working. He advised that he did not need any medical attention. Contact was made with the homeowner who stated they were not expecting the lawncare company that day which is why the dogs were out.

Security responded to a residence on Ovenbird Lane for a report of a possible theft. The resident at the property advised that his trash can was missing for the second time in two weeks. There have been no further reports of missing trash cans in the area.

On Monday, May 17, Security responded to a report of possible vandalism at a residence on Ale House Retreat. The homeowner advised that his wife noticed a piece of wood missing from the fence around their service yard on Friday. They had looked at the fence the previous week and everything was intact. The homeowner stated that he looked around the yard and inside the service area but was not able to locate the missing piece of wood. 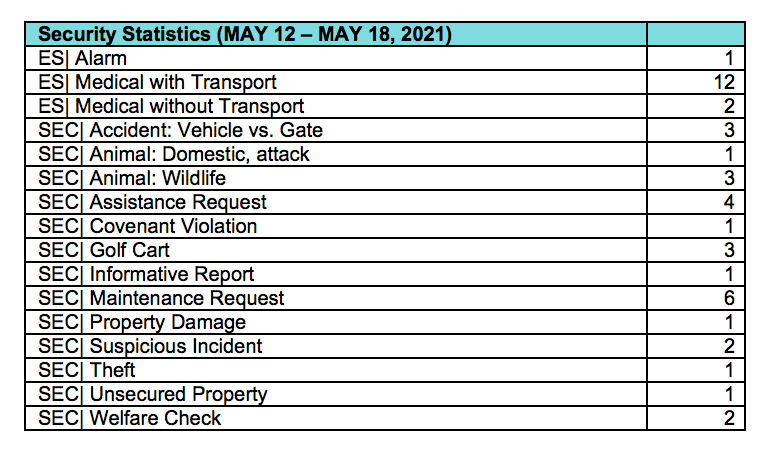