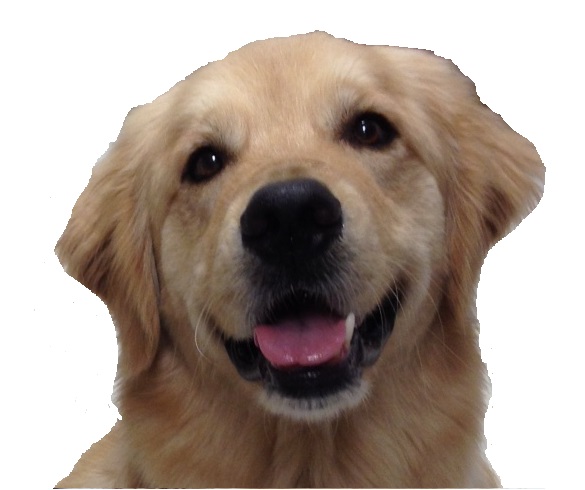 A very wise person once observed that we learn from the application of the three Es. The three Es Experience, Education, and well, admittedly I can’t remember the other one. I think the third “E” is for Eating (after all, we are what we eat, right?). I could be wrong, but eating should go first - that way daily meals can be equated with studying! No matter how we learn how to do what we do, I am convinced that the most potent and powerful educational tool is the nose. After all, the nose knows.

Now before the debate gets heated about whether “the nose knows” is a homograph or a heteronym, please keep in mind that I am, in fact, a dog. Even as a human puppy (aka an infant) explores its unfolding world orally, dogs know the world through their olfactory abilities. In layman’s terms, the word olfactory means that we stick our noses into everything. After all, as previously established, the nose knows.

To that end, I would, with your kind permission, like to apply the “three Es” to the “three Rs.”  By that, I don’t mean reading, writing, and arithmetic. After all, you don’t have to be the valedictorian at Obedience School to know that only one of those three words starts with an “R”.  No, I prefer to address three “Rs” that actually start with the letter “R” and are much talked about these days, even at The Landings. Not to brag, but we canines are candidly experts at these three “Rs.” I speak (Woof!) of course of the modern mantra of sustainability…Repurpose, Reuse, Recycle.

Dogs have long been champions of the R3 movement instinctively. Think about it. A branch falls in your yard. You see something to leave at the curb on Tuesdays. We see an opportunity for strength training, a chew toy, or even the equipment with which to play fetch. Or, you come home after a grueling tennis match with those fuzzy yellow balls that are as tired as you are. They may not find reuse on the courts, but just see what we can do with one should you throw it down the hallway! Even the odd shoe that you no longer need (or at least are not wearing at the moment) can be repurposed by the imaginative shoe-hound into a dental instrument or appetizer.

Even manufacturers of dog toys have gotten into the game, utilizing plastic water bottles instead of fiber-fill and squeakers inside their animal replicants. In the spirit of full disclosure, however, it should be noted that no matter how hard my friends and I try, we have been unable to confirm that those bottles were reused or recycled into this repurposed medium. Hope does spring eternal for finding one that had been a bottle of steak juice! But so far, as far as we can tell, those bottles are all new or really, really, clean (bummer).

Of course, not everything that we attempt to sink our teeth into in the “Repurpose, Reuse, Recycle” movement is clean. Being dogs, we aren’t always as discriminating as we should be. To us, if it smells good, it’s good enough to eat. It isn’t always. Sometimes it’s contaminated. Truth be told, my forte is not in defining or describing all the things that contaminate what otherwise might be consumed (by which I mean recycled). Suffice it to say, said contaminants might necessitate a trip to the emergency vet, and that’s bad. Very bad!

Heretofore, I have begun to lay the foundation for the proficiency of those of us with big, black, wet noses for innately knowing how to “Repurpose, Reuse, and Recycle”. The remaining question is whether or not those of you at The Landings with warm, pink, comparably smaller noses know how to apply successfully the principles that dogs naturally know. It is not that we furry residents expect you to chew on empty packaging materials (though from our perspective you haven’t lived ’till you tried). It is that we would appreciate it if you take the lead on applying what you know.

As you seek to apply your knowledge of recycling, keep in mind our cautionary tale (or is it tail) about contaminates and trips to the emergency vet! When it comes to contaminating the recycling, it isn’t about germs, sharp edges, or other dangerous substances. Contaminating the recycling is as simple as adding something the sign on the compactor says isn’t allowed. Comingling the wrong materials may not mean a trip to the vet, but it could mean that instead of being recycled into something else that is useful, that entire compactor load will get turned into refuse and wind up wasted in the dump. Now, while I find landfills a veritable bouquet of olfactory delight, it is counterproductive to turn what could be recycled, and thus reused, into mere rubbish. I trust that you will agree and respond accordingly.

Now while some might think that I have stuck my nose somewhere it doesn’t belong (an occupational necessity for those of my genus…or is it genius), allow me to remind you that what we don’t learn by eating, we learn through experience and education. So now that you have been educated, what you can’t eat I would encourage you to repurpose, reuse, and especially recycle. After all, whether you learned it from a dog or some other lesser source, it’s still a great idea, and if dogs can master the three “Rs”, so can you. Take it from me. After all, the nose knows!